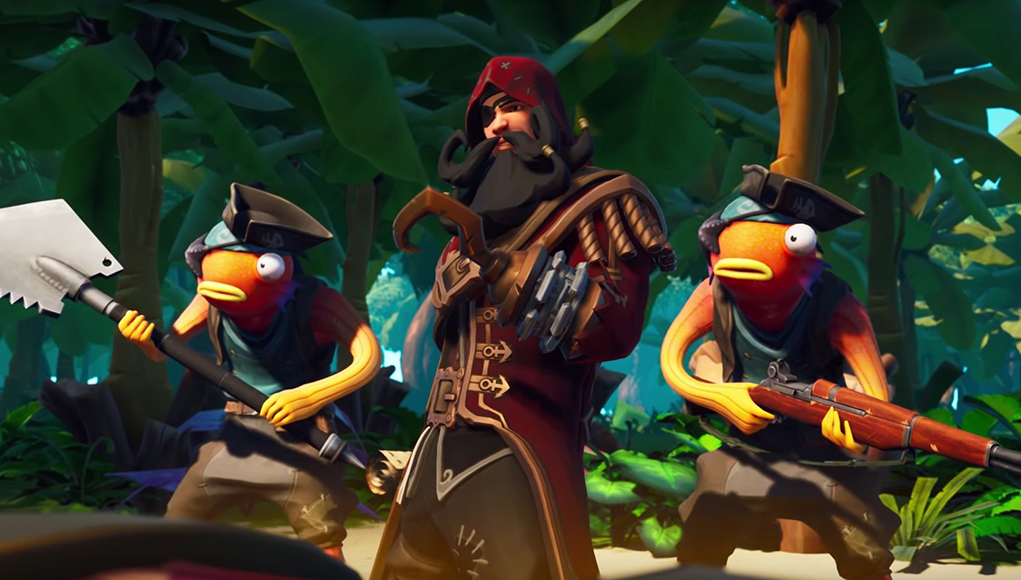 Season 8 is finally upon us and with that – new challenges. Now, Week 1 kicks off with some pretty easy challenges for you, as long as you know where to look for … As usual, you’ve got to complete the weekly challenges to level up that battle pass. You do that and you’ll get your hands on some nice goodies! Overall, Week 1 has 2 challenges that we can help with guidance. Visit all Pirate Camps, whose locations we will show you in a bit, and two – visit a giant face in the jungle, the desert, and the snow. The second one we’ll cover elsewhere. Back to the Pirate Camps now.

As you’ve most probably seen in the season’s teaser, the pirate theme is new to Fortnite’s Season 8. Along with the great cosmetics, there are these Pirate Camps that have just popped up on the map we all know and love. To find them, you’ll need to run around and find all 7 of them. The issue is that it will definitely take time and, speaking from experience here, get quite a few headshots along the way.

That’s where we come in. We’ve taken the headshots so you don’t have to! Below we’ve marked the locations of all 7 Pirate Camps on the Fortnite’s map. So what you need to do is head there yourself and complete the challenge. The easiest way to do that is jumping off the bus and land straight at Pirate Camps. To speed things up a bit, what you might want to do is play a Limited Time Event (Team Rumble at the moment) since you’ll respawn whenever you get killed. So with enough effort on your end, you might be able to visit all 7 Pirate Camps in one go! Neat. 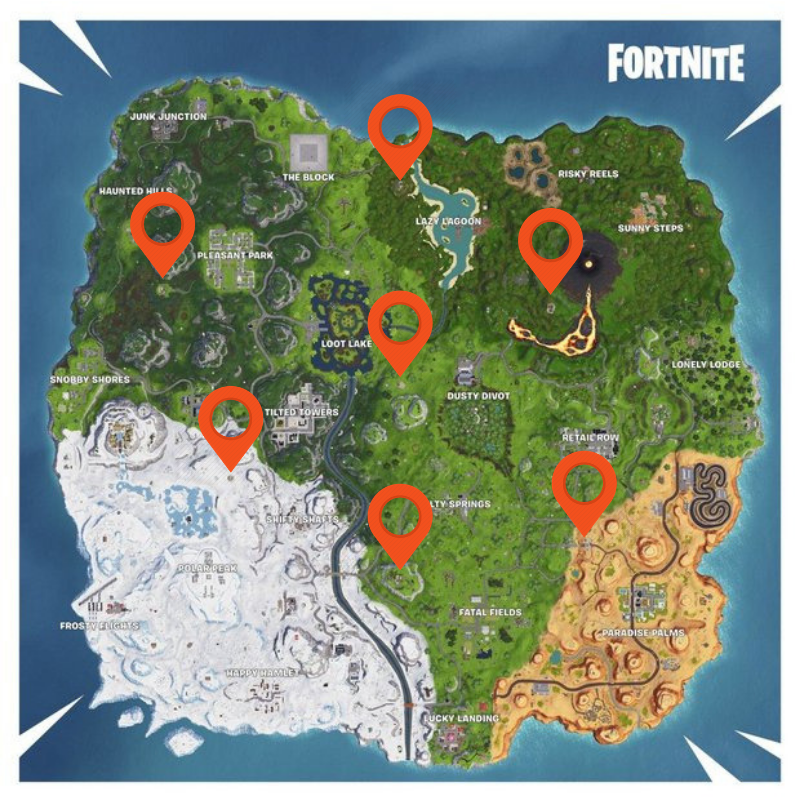 Pirate Camp 1 – You’ll see that the Season 8 map has its own volcano. It’s an awesome place which you can explore (hint: you can jump into the volcano). And it’s also where the first Pirate Camp is located. You need only look south of the volcano, a bit to the west of the lava river.

Pirate Camp 2 – The second pirate camp in season 8 is in the forest north-west of Lazy Lagoon. Pretty easy to spot.

Pirate Camp 3 – West of Pleasant Park there is a huge hill. At the bottom of the hill, to its south, you will the third Pirate Camp.

Pirate Camp 4 –  Find the fourth Pirate camp located between the frozen lake in the snow part of the map and Tilted Towers. Again, pretty easy to spot.

Pirate Camp 5 – Camp number five is located to the east of the snow part of the map, just south of Salty Springs. It’s at the top of the hill.

Pirate Camp 6 – The sixth Pirate Camp is in the desert, just north-west of Paradise Palms.

Pirate Camp 7 – Last but not least, there is a Pirate Camp located west of Dusty Divot – to the north of the huge hill next to Dusty Divot.

The Pirate Camps are pretty neat locations. There is a lot of loot there and more importantly – cannons which you can fire. Or better yet, fire yourself from the cannon. If you think that sounds like fun, take a look at this dude who got a kill by firing himself from a cannon. 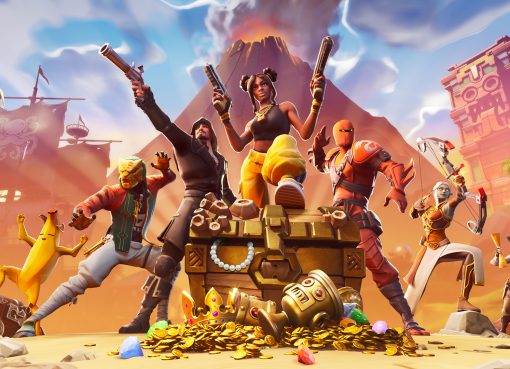 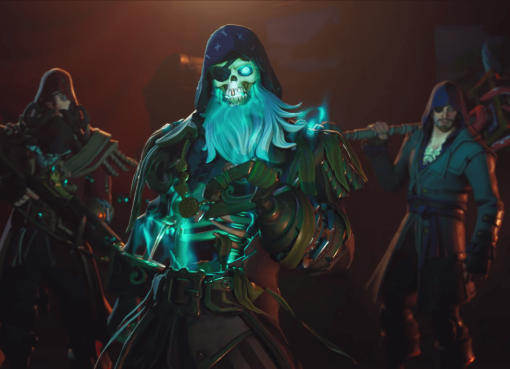 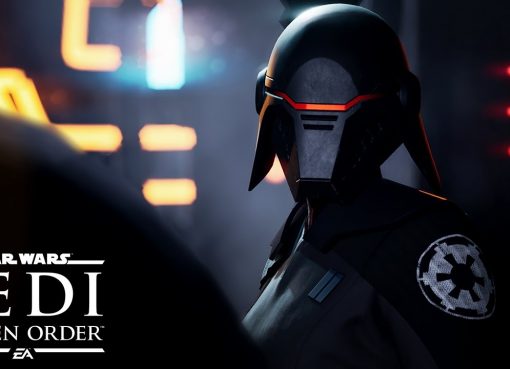