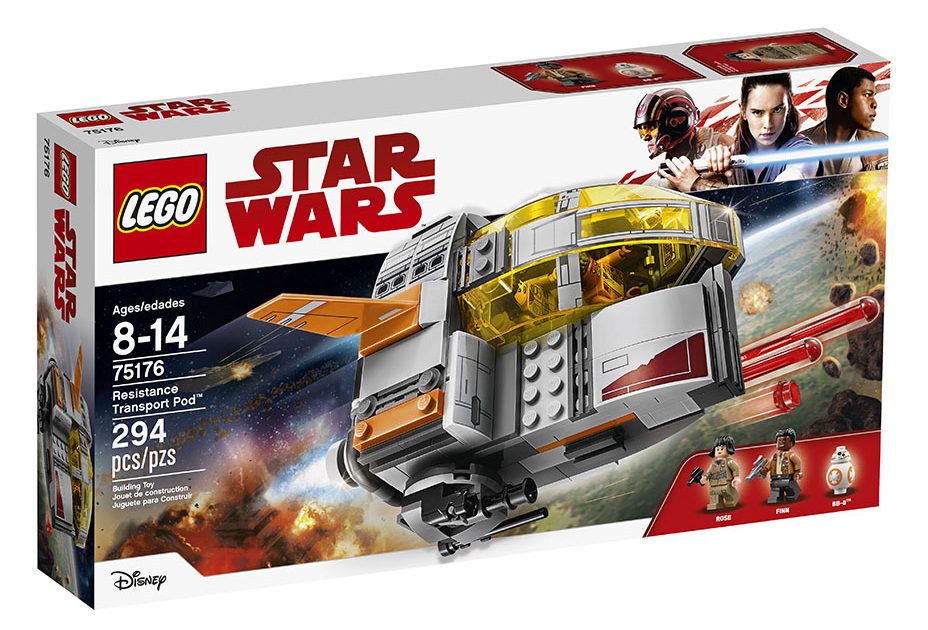 With the huge success of Force Friday Part One, it’s no surprise there was a sequel which was equally, if not more exciting. This time around we were also waiting to see all the new merchandise and, of course, catch a glimpse of pretty much whatever characters and vehicles the new movie will show us.

One of the most exciting parts of the releases surrounding the event was the launch of the new Star Wars LEGO sets.  At midnight on 1 September, fans of the saga will be able their hands on 11 new sets. What we noticed about the Last Jedi LEGO sets is a common feature all of them have – various levers, wheels, or handles which allow you to control weapons or other types of systems. The designs and this accent on the playability side of the new kits are what makes them better than the releases we’ve seen up until now.

This is a vehicle we have not seen up until now and really got us excited! The set consists of 294 pieces and comes with 3 action figures – Finn, BB-8, and Rose – a character we’re about to meet on 15 December. The design of the LEGO figurines is awesome, with the main thing that left an impression being how detailed the figures are. The retail price of the set will be around the $30 mark. Something else that we noticed was the number of stickers which is a bit of a pain for some. The cockpit of the pod has a nice yellowish glass, hiding a cabin that fits two mini figures and their weapons. In the back of the pod, there is also some space for BB-8.

The best feature in the set, however, is the wheel in the back of the pod which you can use to spin the cannon that is located on the side of the pod. It’s a play feature that is very fun to mess with. The cannon, as you’d imagine, also has a stud shooter and with a tiny wheel beneath the cannon, you can shoot the missiles that are on the bottom of the pod.

Also a vehicle we have not yet seen, the Heavy Scout Walker LEGO set consists of 554 pieces and will retail for about $50/£50. The first thing that catches the eye is the shape and the moving mechanism of the vehicle. It has some sorts of wheels which when in contact with the solid surface will make the mechanic legs move up and down. Anyways, it looks amazing! The set has a turret on top with two cannons coming out of its front and stud missile launchers on its sides. There’s also a hatch which opens and fits two mini figures.

Speaking of figures, there are four of them included in the set – a Resistance Trooper, First Order Gunner, First Order Flametrooper, and General Hux – the ruthless commander we saw in the Force Awakens. All in all, a great-looking LEGO set.

And now the Tie Fighter … I don’t know why but the set really looks fantastic to me. It combines black and gray with a scary-looking translucent red cockpit so the color scheme makes it pretty badass! Other than looks, however, there are not so many cool features, so it scores lower on my playability test. What it does is it changes the angle of the wings, has a circular hatch that opens to fit the pilot. Nevertheless, the looks alone should be exciting enough for you to buy one!

A 1106 pieces collectors set for the ages 10-16, the BB-8 LEGO kit was made to be displayed. The Last Jedi LEGO set features a display stand, a decorative collectors card attached to the stand, and last but not least, a BB-8 mini figure.

In spite of being only for show, the BB-8 LEGO kit also has a couple of interesting features. You can use one of its side wheels to rotate the head of the droid, and the other side wheel – to open a hatch on its round body and extend a torch.  The droid measures at 9 inches high and 5 inches wide without the stand. It’s a perfect set to for you to display at home or in your office.

The fifth set LEGO launched is the Resistance Bomber. It’s a great-looking, fairly large kit measuring 13 inches tall, 15 inches long and 11 wide. This Last Jedi LEGO set has a neat bomb-release feature that can drop 6 bombs and, of course, spring-loaded shooters! In the back of the bomber, there are two elevating rear guns and two gun turrets with opening hatches and space for mini-figures. The cockpit can fit two mini-figures but best of all, the entire top section of the kit can be removed, giving you full access inside the ship.

A concept LEGO Star Wars fans are pretty familiar with – The Heavy Assault Walker. But the name and the slight design augmentation is not all that has changed with the set. The kit has 1376 pieces, making it the second largest in this release, and stands 13 inches tall and long, and 4 inches wide.

The best thing about the kit is the rapid stud shooter on top of the walker’s head. The reason we liked it so much is that there is a handle up there that allows you to aim and fire the shooter. Other neat features of the Heavy Assault Walker are the extra spring-loaded shooters, opening cockpit, and last but not least, the detachable canisters in the back of the Walker.

The five mini-figures that you get with the set are Rey, Poe Dameron, a Resistance Trooper, First Order Walker Driver, and a First Order Stormtrooper. You can get this Last Jedi LEGO set for $150 or £130.

The Star Destroyer is the largest set in this release, consisting of 1416 pieces to be precise. In terms of dimensions, the Destroyer is 5 inches high, 22 inches long, and 12 inches wide. The Last Jedi LEGO kit retails for $160 or £130,

First things first – the set includes a mini-figure of Supreme Leader Snoke.  This is the first set that has Snoke and BB-9E mini-figures, so collectors will be on the lookout for this one.

Now the Destroyer. LEGO has done a superb job with the set – it is a fun and exciting built with a lot of well-used interior. What we didn’t like about the design are the side stud cannons. They look okay, however, they cannot be turned either sideways, or up & down, making them static. In the beginning of the article, we spoke about playability and how the Last Jedi LEGO release had cool features. Well, not this set. Besides the retractable carry handle and the working elevator, there’s nothing else the set boasts in terms of movable parts.

As we said, the interior of the LEGO Destroyer is great and absolves LEGO for not adding extra features. There is plenty of space inside the spaceship for mini-figures which are a breath of fresh air. Another thing about the interior is that it uses fairly many stickers but to end result is amazing.

Some of those sets will surely be making our list of the 10 best LEGO sets of all time but until then, stay tuned to see more reviews of the Last Jedi LEGO sets in the coming days. 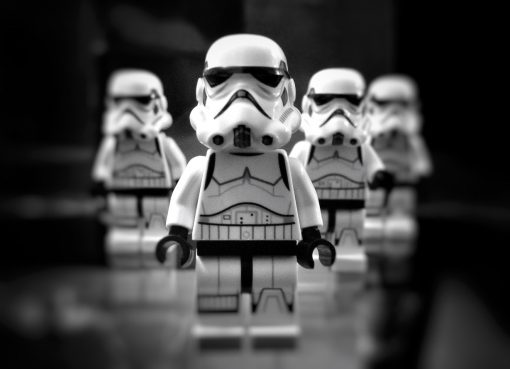 The 10 Best Star Wars Gifts in the Galaxy 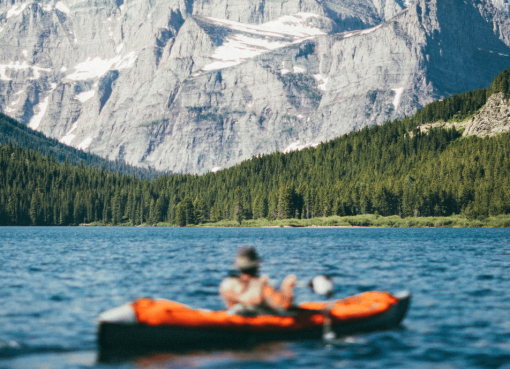 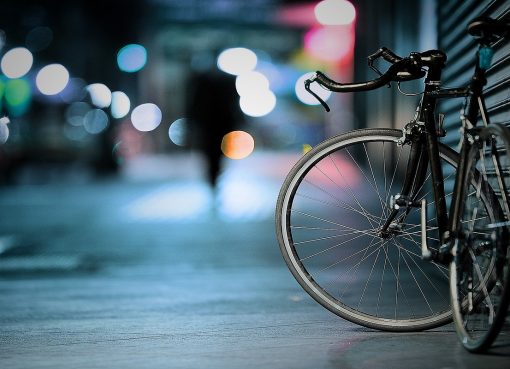